Conceived of and built by a New England farming family headed by a couple of social scientists trained in Human Ecology, Cultural Anthropology, and Psychology, Island Reach  is both a public and personal response to collapsing biocultural diversity globally.

In 2006, our family-scale forest farm in Massachusetts was in full swing and we were active in educational outreach, speaking widely about food, economies, culture and the environment. At the same time, we were also responding to successive years of biological and climate vectors impacting the forest, culminating in an massive ice storm in 2008 that damaged or destroyed 1000 producing maple trees at the farm. As we were experiencing these impacts personally on the farm, we were also increasingly compelled to activism on behalf of escalating crises affecting our planet's oceans.  As farmers and social scientists we determined to purposefully launch a ridge-to-reef engagement and began to investigate how we might be of active service, in addition to working these conservation themes into our farm's US-based direct markets.

In 2011, we mortgaged the farm to purchase the work-yacht, Research Vessel Llyr, a 53' rugged steel ketch, with the plan to refit the boat as our physical platform for conservation service in a biological and cultural hotspot.  We began our training as offshore, bluewater mariners as we built our plan to target the resource shortages that impede conservation efforts in island and coastal settings.

Over the next couple of years, we volunteered, researched, built partnerships, and made passage in the Atlantic, Caribbean and South Pacific, moving crew and ship over 15,000 nautical miles into position for service in Vanuatu.
In 2018, after 8 years of RV Llyr's incredible contributions to the mission, we decided to put her on the market. Still, our expeditionary strategy remains primary: participatory, reflective, open to change, and action-oriented.
One of the strengths we bring to Island Reach as founders is our understanding that positive change is an intimate process that begins at the local level, but scales via inspiration.  Promoting and sustaining biocultural diversity is one important pathway back from the edge of climate change and environmental collapse. 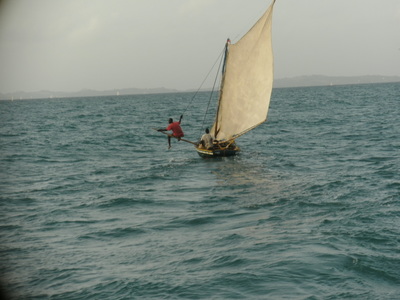 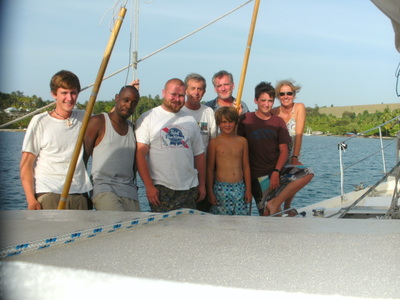 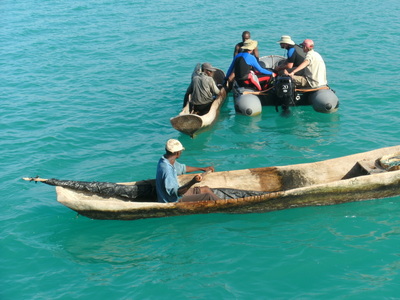 Dr. Gregor Hodgson of Reef Check and the team speaking with fishermen on Haiti's south coast. 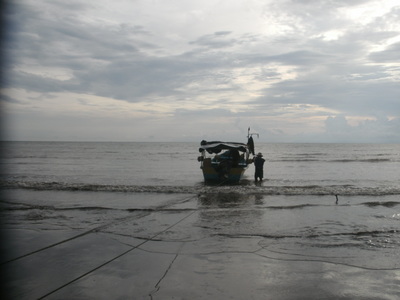 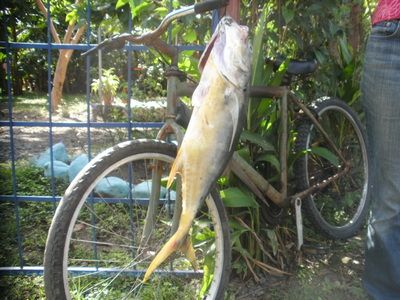 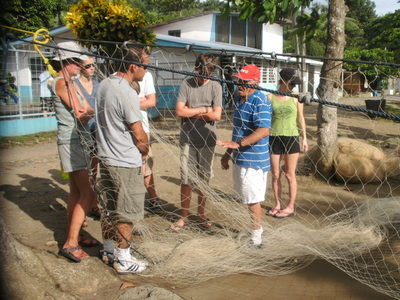 The community of Tarcoles runs a unique pesca-tourism operation to support sustainable fisheries. 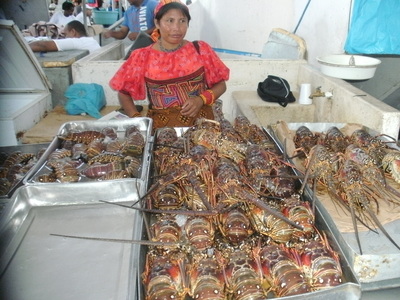 The Kuna sell lobster at the market in Panama City, Panama.

Llyr approaches the Bridge of the Americas and the Pacific Ocean! 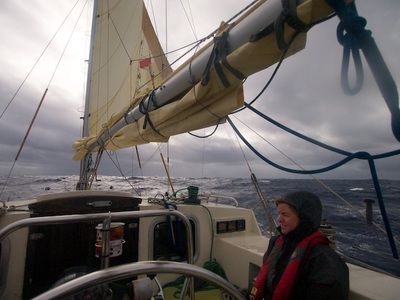 28 days between Galapagos and Marquesas. 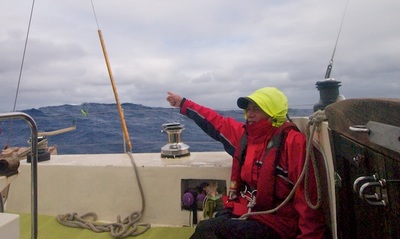 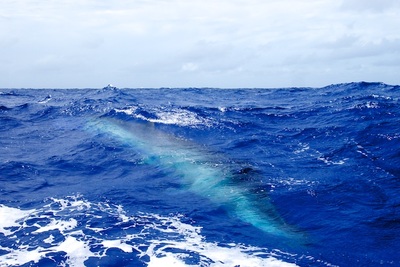 A Brydes whale in 5 meter seas coming by to check out LLyr. 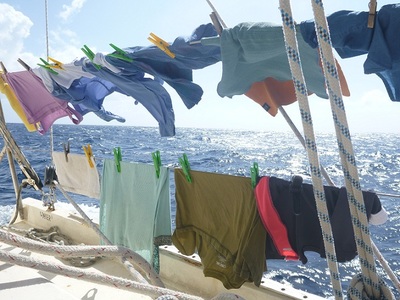 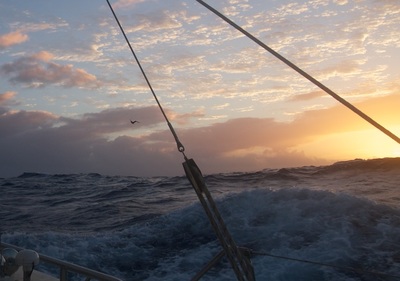 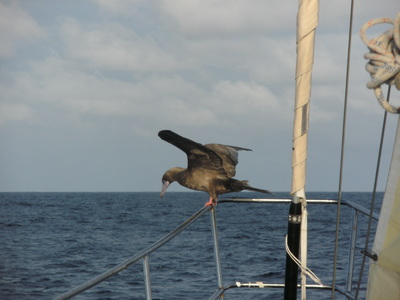 During our 28 day passage to the Marquesas, Boobies would frequently land on our bow to rest for the night. 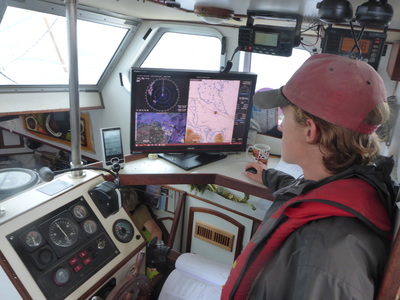 Connor at the interior navigation station. 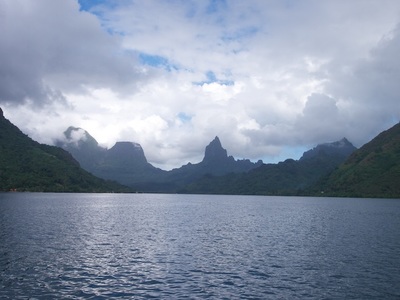 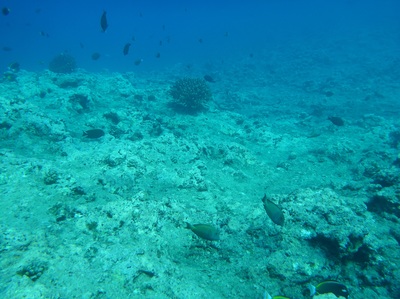 The reefs of the Society Islands in French Polynesia were badly damaged by an earlier Crown of Thorns outbreak, among other factors. 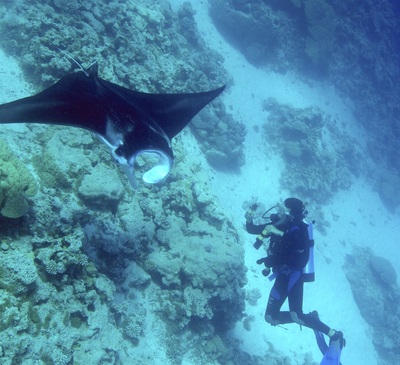 One of the incredible Manta Rays near the remote island of Suwarrow in the Cook Islands. 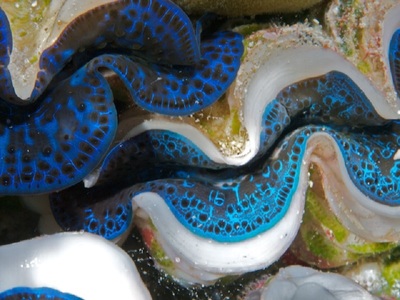 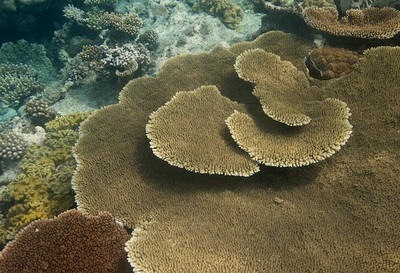 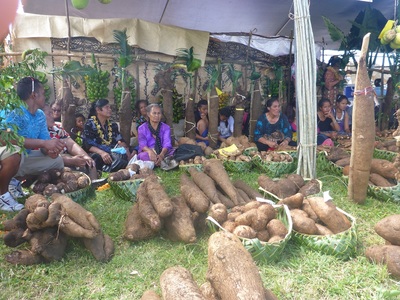 Tongan women at an agricultural festival. 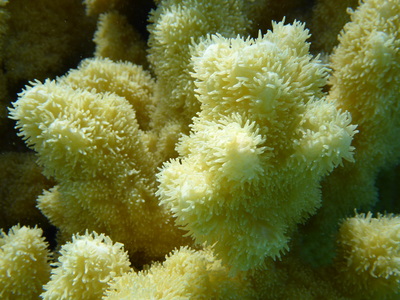 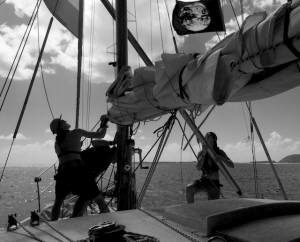